Your Company Culture: You Can Drive It...or You Can Just Let It Happen!

Having "parachuted into" a number of ugly turnaround situations, I've seen small company culture, from a lot of perspectives, often very bad. But all had one commonality...they never really paid much attention to culture. I've also built companies that from the get-go reflected and were driven by what I believed and my own value system about how employees, customers and suppliers should be treated.

Culture is what your company stands for - the values and beliefs it is built upon. But, how culture comes about is both simple and complex. Simple, in that it will evolve, whether you plan for it or not. At its basic level, it is the soul of an enterprise and starts with the values the founder(s) bring to it and evolves from there. Complex, in that it is formed by interaction with employees, customers and suppliers, alike.

So you can pay little attention to your culture but it will still evolve, starting simply with founder values, and getting more complicated by how those values are put into play with each decision made and associated interaction. Or you can drive it, by making those values and beliefs permeate how the decisions are made, interactions occur and how the company is operated. It's really up to the founder(s) as to how or whether a culture evolves or is driven by those values and those interactions.

Even the best of companies loses its way with its culture.

I started my career at IBM where the culture was "respect for the individual" and we lived it every day from the way we treated each other, were treated by management and how we treated customers and suppliers.

But sometimes even the best of cultures gets off track and by the early 90s, the company had lost its way, both business-wise and culturally. It had become a bloated, bureaucratic mess (I had long since moved on) with a paternalistic, almost government-like culture.

The company brought in its first outside CEO, Lou Gerstner, who had to come in and not only turn the company around, financially, but, dramatically, change the culture, which is like turning a battleship. He did it, but it took more than three years and lots of pain and suffering, internally, with massive layoffs and externally, with customers fleeing and suppliers being less amenable or trusting.

5 Critical Elements That Should Drive Your Culture

Whether you're a startup, trying to create a winning culture for your company, or you're a small business that's been around for a while and either hasn't been paying much attention to your culture, or worse, don't like what has evolved, here are five critical elements that will drive your culture (or you can let them evolve - your choice):

Your company's culture is its soul. It starts to take shape from the earliest days of operation, its first customer, employee and supplier. How that culture grows is up to you. You can let it evolve and then take your chances that it ends up where you want it to. Or, you can plan and drive it, by your values and beliefs, in the way you operate and guide the company every day. Your choice!

What's the culture of your company? Has it evolved or has it been planned and driven? Please share your thoughts in your comments. It can help another entrepreneur. 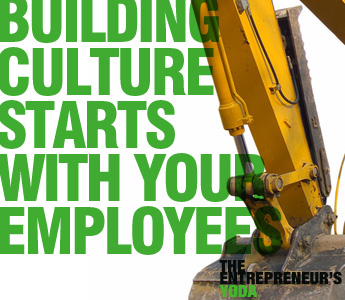 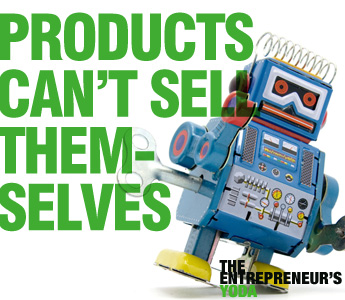