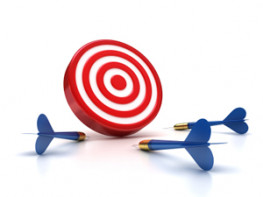 Just as a Christmas shopping season was coming to a close, there was an announcement from Best Buy, one of the huge "big box" retailers, that it had cancelled an undisclosed number of orders because it did not have the inventory to fulfill them. On the surface, beyond the fact that it was during the high volume holiday shopping period, not earth-shattering news. But, go just below to understand why, and it's a really big deal.

Why did it happen?

They offered deep discounts on certain items as a competitive thrust against Amazon.com and Walmart stores. Best Buy promoted "'aggressively online,' leading to higher traffic and an increase in sales by stores open at least 14 months," their CEO noted.

Now let's think about this. First, they discounted, lowering margins on certain products. Second, they succeeded in driving more traffic and, you would then think, more revenue (less profitable, but more of it). Third, however, they appear to have not planned to be successful, since they didn't properly forecast inventory requirements for that success. Fourth, this caused a double jeopardy situation. Reduced margins, and because they couldn't fulfill orders, reduced revenue.

How does a company let that happen?

This is a classic case of the "ready, fire, aim" syndrome that exists in far too many businesses today, and one that can cost small business owners more than just the "bad press" that BestBuy had to endure.

"Ready, fire, aim" is really a case of a good plan gone bad, not through bad execution, just premature execution. Typically, for a small business, this occurs for one of two reasons. Overreaction - where a plan is thrown together and hastily implemented because the entrepreneur panics. Or worse, a good plan is put together and then either prematurely or poorly executed. In either case, the small business owner, in their desire to "make something happen" becomes impatient and moves forward before they should.

In the case of BestBuy, my guess is that they did some "eleventh hour tweaking" of their discounting (probably reducing it even further) and never took into account the inventory implications of this last minute tweak and what it would do to customers' jumping at the offers.

How often have you done the same thing in your own business? Either not waiting to completely develop market roll-out plans, moving up or condensing schedules, or doing last minute, poorly thought-out "tweaks," because "we need the revenue?"

Patience is not, typically, an entrepreneurial virtue. But sometimes, doing it "by the numbers," not only makes good sense, but, most often, if the plan is sound, leads to success. The downside is usually disastrous.

So, how do you avoid the "Ready, Fire, Aim" syndrome? Here are some key bits of advice when making a major marketing thrust, be it a new product introduction, new packaging or a new pricing scheme:

Develop a simple, but comprehensive, market roll-out plan
Clearly defined steps, milestones and critical roles and responsibilities of all of those involved.

Determine the operational implications of market success
At various levels of success (from just okay to wildly), what will be the impact on operations, customer support, etc. Will you be able to fulfill the promise of the marketing campaign?

Execute with the precision of a military campaign
Don't allow good planning to be done in by poor execution. Planning is less than half the battle. Execution IS the battle! Make sure there is someone responsible for managing the myriad tasks of plan implementation (and that it's not you, the owner).