"Win, Win" Should be an Objective in Every Business Relationship! 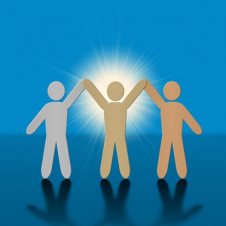 As with most of my blog posts, a recent encounter with a client and one of their key suppliers triggered this one. The supplier had negotiated a "sweetheart deal," hammering out an almost-untenable agreement with my client, who needed the critical service that the supplier provided.

Further, at every turn, the supplier was determined to drive the relationship and ensure that they "won" every point from proving that it was the fault of the client's drawings that caused the supplier's quality problem (a real stretch) to marking up and getting every last dollar from the client, a fledgling company operating on relatively thin financing. The upshot? With additional financing, we found a better solution by moving the service in house and rendered the supplier relationship an afterthought. Key to this supplier (also an entrepreneur himself) was that he "grew up" in a huge corporation.

It is often said that we are the product of our environment; that what we are often the sum total of our experience. Nowhere is that more true than with entrepreneurs.

Many entrepreneurs, like our supplier example, grew up in a big company culture, learning real-world business skills, often, from, politically-charged situations, driven by folks with personal and professional agendas. In most of these environments, the object is to win (whether or not that "win" benefits the company) and the opponent (often in a corporate turf war) loses. In effect, a "zero sum game," which is the way our supplier operated. In this environment, the concept of "win, win" is, virtually, unheard of. Yet, the key to entrepreneurial success, and maybe even life success, is "win, win" in all relationships. And it is here that the fledgling entrepreneur, often, has to unlearn bad habits and learn new ones.

For some folks, "win, win" is some Pollyanna-ish notion that can't exist in the "dog-eat-dog" business world. And they could not be more wrong. Having negotiated hundreds of deals from the complex - acquisitions, capital investment, joint ventures, outsourcing - to the straightforward - contractor, distributor, employment relationships, the common point of all success is that both parties have to walk away feeling that they had "won." Maybe not all they could, but enough so that the other guy could feel the same way.

But for many entrepreneurs, this type of thinking is foreign from the way they were "brought up" in the big company mindset. So, for you folks, and as a refresher for you others who already believe in and practice "win, win," here are some key ways to ensure all your negotiations and relationships end up that way.

Know What Your Objectives Are

Going in, know what's absolutely essential, what's important and what's just "nice to have." Then you know what points you have to hold firm on, what points can be negotiated and what ones don't really matter.

Put Yourself in the Other Person's Position

This is where "win, win" begins. Try to understand what their objectives are, what they need to get out of the negotiation or relationship. Try to put their objectives in the same three categories as yours above. Hopefully, you can both achieve what is essential.

Negotiations and relationships are built on this concept. There are always "tradeoffs." Let the other party feel like they have "won" some of their points. If they walk away from the table with a deal, where they felt like all they did was "give," it will come back and haunt you later, trust me.

Incredibly important. To keep relationships going requires that when screw-ups occur, as they will always, that there is honest accountability and "give and take," to ensure that steps are taken to not have them repeated. No blame game, just honest admission and the spirit of "moving forward."

"Win, win" is not a one-time thing. It is a business lifestyle. Learn it and live it and your success will follow.