Hiring the Right People...and Holding them Accountable Is Critical to Growing Your Business! 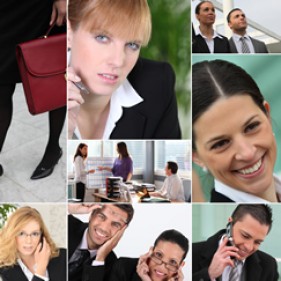 One of the most difficult transitions an entrepreneur faces is going from "the garage" to a real business, from "getting by" to generating real and sustaining revenue. And the most difficult part of that transition is hiring and managing employees who will help deliver that revenue and make future growth possible. The challenges of this major step often make the challenges of getting the business off the ground seem like a "walk in the park."

Now, I'm assuming that you've already been through the outsource versus in-house decision, so we'll proceed on the premise that you've decided to hire rather than contract. But once you decide you will be hiring, then you face series of critical questions - what positions to hire for, how to hire, who to hire and how to manage them? - that can often determine how well, or if you can grow your business.

Hire to replace you. Initially, hire for positions that will take a majority of either the labor-intensive work or required functions for which you are not strong (e.g. marketing, where your strength might be development) from your shoulders.

Define the position. As best you can, define what you want from the position, including type of background or experience you'd like to have, responsibilities the job entails and proposed compensation you're willing to pay. Use your advisors and close colleagues to help you create this. As to where to find the folks you're looking for, before you go to a resume mill (e.g., Monster, Careerbuilder, Ladders, etc.), use your network. They know you best and will often recommend people to you who they think are a good match. If that fails (and even if it doesn't) post the job on the various sites. You can't have enough good candidates to screen.

Hire the right people. When interviewing, look for folks that fit within the culture you've developed or are developing. Tony Hsieh of the famed Zappos had a good rule of thumb for their early (and even later) hires - "people we'd like to hang out with." Obviously, they have to have the skill sets required for the job, but hiring people who you would like to work with can't hurt. (As for interviewing skills that few of us have, I'd recommend you take a look at Carol Quinn's website - www.hireauthority.com where she has a short course that you can secure to help you find the best potential performers for a job.)

Put people in a position where they can succeed. To do that they need to have the right background and skills for the job. Then, they need to be properly trained for the position. If you know exactly how the job should be performed (since you were probably the one who was doing it) don't just show them, train them, through repetition and feedback. Specifically define the responsibilities of their job and expectations for their performance. Then give them the authority to carry out those responsibilities - i.e., give them the ability to make fundamental decisions. And critical to this last point, allow them to make mistakes...we all do... without the threat of firing. Having them learn from those mistakes (so long as they don't keep making the same ones over and over - then you have problem) is a way, both, for, them to grow personally and professionally, and for the position to continually be better defined and expanded, as necessary.

Hiring the right folks for the right positions, then having them take ownership of those positions and holding them accountable for the responsibilities and expectations associated can become the foundation for success and future growth of a small business.