Every Entrepreneur Has Foundation Beliefs from Which They Operate...Most of Them Just Don't Realize It! 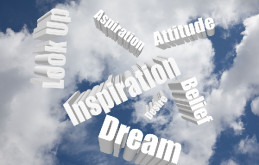 Almost every entrepreneur started their company after spending the previous part of their career with bigger companies. During that time, they often learned, by example, what they liked about a company culture and what they disliked. Additionally, how they grew up, family, personal experiences frame their value system, and, ultimately define how they behave in society and in business.

As they mature, both as a person and in business, they develop, sometimes consciously, often, sub-consciously, a series of beliefs about how they believe a business should run, most effectively. But not enough small business owners realize what those beliefs are; and fewer still, translate those beliefs into their corporate culture, how they operate their business. A business and its culture should reflect the foundation beliefs of the founder/entrepreneur.

As many of you know, I started my career with IBM, when the fundamental foundation of their culture was "respect for the individual." It not only resonated with me, but formed a fundamental start for what became, over the years, my foundation beliefs regarding how I thought a business should be run. These beliefs were formed by my experiences, both positive and negative, working for other companies, early in my career. I used them with every company I started or ran, as the foundation for its culture and how I (and therefore, the company) operated. Often, when doing a turnaround, I had to change the culture to do so. But they worked every single place I went, so I kept with them.

I'd like to share those with you, along with some comments about each.This is not to say, these are what you should believe in (although you may embrace some or all of them), but to give you sense of what foundation beliefs are and how they form the basis for a company culture and the way a company behaves with its employees, customers and suppliers.And that can't start too soon in a company's evolution.

A belief in the Company, its direction, objectives and values, and that its success is dependent on each of our efforts and that through its success provides the opportunity for the highest level of professional and personal growth possible for all of us.

There is a reason that this is the first one mentioned. Without commitment from every single member of the organization, everything else is moot.

A belief that success is only achieved through mutual respect, cooperation and each of us performing our respective roles to the best our abilities.

This one came directly from my days in sports and then further confirmed in my earliest days in business. While we need others, without respect and everybody doing their job, neither teams nor companies can win.

A belief that "taking chances" is where the potential of our greatness lies and is not only encouraged, but necessary.The knowledge gained from the failures of risk- taking provides the basis for our growth.

For those of you who follow my blog or have read my book, you know I preach an ongoing theme of "learning through failure" and "allowing employees to fail." Risk-taking is the fundamental of entrepreneurship and it should be encouraged, and through failure, find growth.

A belief that everything we do, we do at the absolute highest level of our capabilities, to provide the highest possible level of quality, in the most professional manner possible.

This one came even earlier than my business career.This was instilled in me by my father, who early in his career was a carpenter (but later a builder who has two professional stadiums on his resume).And it's a corollary to commitment. I believe both are necessary for small business success.

A belief that we are accountable for our actions, and honesty with each other, our customers and all with whom we come in contact is the essence of how we conduct our business.

"We are our company," is a phrase I used many times.  Meaning, how we treat each other, customers, suppliers is the sum total of what we stand for. In essence, walk the talk of "the Golden Rule."

Hopefully, this got you to think. If you're just embarking on your entrepreneurial endeavors, start out with how you want that company to operate; what you want it to stand for. No matter what your foundation beliefs are write them down, even if there are only two of you. Live them and as you grow, tweak them (with maturity comes more knowledge) and propagate them.

"The Entrepreneur's Yoda" knows these things.  He's been there.  May success be with you!