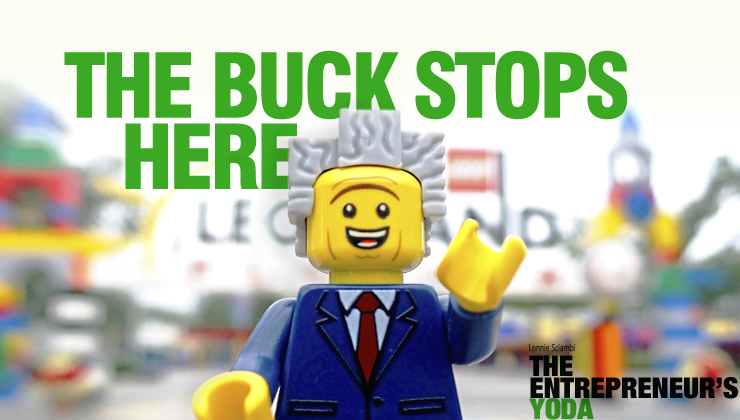 Whether you’re an early-stage company or have been around for ten years, for entrepreneurs, leading and managing a small business, especially its growth, is never an easy task. However, for entrepreneurs, it’s when you are facing adversity that your ability to lead both your company and your team, is most challenged, and when you need to think differently.
"We realized we weren’t going to
make our numbers."
A 2017 article in The Wall Street Journal noted that Lego, the Danish manufacturer of interlocking toys, would lay off 1400 workers after the first sales drop in more than 13 years.

This reminded me of a similar experience I had several years ago (on a smaller scale). This experience was so profound that it provided lessons that I have used and recommended over the years, both as a CEO and an advisor to small businesses. And it also shows that, sometimes, there are good examples of “what not to do.”

I was brought in as the CEO to turn around a small publicly-traded technology company. We had some nice sustained success with six consecutive quarters of record revenues and earnings. But like Lego, we got surprised. As we approached the end of the new quarter, suddenly, we realized we weren’t going to make our numbers.

Growth and continually chasing ever higher objectives caught up with us. And, frankly, we simply took our eye off the ball. We were going to miss our forecast by 25%. Like Lego, we had to have a game plan for the investment community regarding how we were going to fix the shortfall, recover and get back on track. But unlike Lego, we did it differently.

I asked my team to put together what they thought was the best course of action. Like Lego, their plan involved serious headcount reductions (we had 65 people on the payroll) to meet our shortfall.

Instead, since I felt the “rank and file” had little to do with us missing our numbers, we instituted a 25% across-the-board reduction in all management salaries and 50% at the executive level, including my own. It would save as much money, and it got their attention. My point was our shortfall was management’s responsibility, so that’s where the pain should be.

Hard to tell how Lego will fare with its plan, but here’s how we did.

We, effectively, cut no one. We put a management-wide incentive plan together, based on meeting certain revenue and earnings, where they could all earn back the salary reductions if we hit our new objectives.

Net result – we hit our numbers, the investment community was happy, and the management team’s salaries were “made whole.”

But, more important, the company began operating better as a team with a new cohesiveness and understanding within the organization, to say nothing of the loyalty and appreciation of the “rank and file.”

There were six lessons learned I took away from that experience that have helped me many times over the years, and I think are valuable ones for every small business owner:

Limit surprises to parties. You should never be surprised by your results. Good or bad. You should "always be on top of your “numbers.”

Practice and demand honesty top to bottom in your organization. If you lie, so will they. Be honest not just with employees, but customers and suppliers alike. Ask for and allow “bad news,” the earlier, the better. And don’t “shoot the messenger.” Obviously, we didn’t create enough of this kind of environment (which we later changed as you’ll see below). And, somebody (somebodies, more likely) in the Lego organization knew they were in trouble, but the message was either never delivered or never received, early enough.

You can’t ever take your eye off the ball.

Continual growth requires constant change. If you stop changing (taking your eye off the ball as we did) you shouldn’t be surprised if you stop growing. It's not just changes occurring within the company, but changes that are driven by your market that are equally important to monitor. For Lego, their market was changing at the same time, but, perhaps, they felt they had continued to keep pace and would always. You have to remain market vigilant and can never get complacent.

Employees can only execute what management plans.

We had a plan, but we failed to manage its execution. I am certain Lego had a plan. They boosted staff to keep up with resurgent demand—and the expectation that it would continue to boom. Between 2012 and 2016, Lego added 7,000 new employees. You don’t do that without a plan. But it was management’s plan. And here’s what they said - “we are simply not executing well enough on our activities across the business, on product development, marketing, sales.” Then management turned around and fired 20% of those new employees. Their fault? Hardly.

Truman’s famous quote always applies to small business owners and CEOs of companies of all sizes – “the buck stops here.” No blame, just action. That’s what we did, that’s what Lego did. We simply did it differently. But, regardless, you need to act and move decisively.

Always do a “post mortem” after you’ve solved the problem.

I’m sure Lego did this, even on a cursory basis, as noted in the quote above. However, for us, it was both a teaching moment and a learning experience, like most post mortems should be. We analyzed not just why we missed our numbers, but why we were surprised. We did it in work groups across the company to get every function and, virtually, every employee’s thoughts and input. It changed the way we managed the business from that point forward.

Lego’s announcement reminded me of these six leadership lessons. And how, sometimes, you learn lessons about “what not to do.” Regardless, these are lessons that provide valuable guidance to any small company in its growth and, especially, in its adversity. But like any lessons, you need to make them your own, but differently. 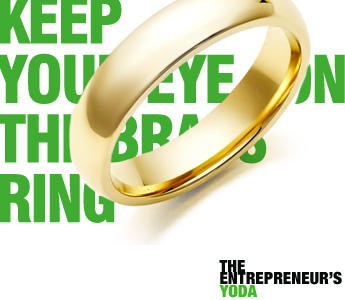